No doubt you’ve been following our hard-to-avoid political theatrics on display at state primaries and caucuses. You’ve listened to campaign trail rants and debate shouting matches. And on the eve of tomorrow’s primary in Florida, you’ve witnessed violence and dust-ups. You’ve noticed a lot of talk – yelling – about bigness, from the gaping mouth of Donald Trump, the candidate with big bucks, super-size ego, tall order insults and alleged anatomical largesse.

Nothing small about the man, except his notion of taste. I was reminded of this character flaw, just one of many, right, when hearing about “The Polish Brigade.” That’s the gang of undocumented workers (from Poland) corralled by the Trump people in 1980 to demolish the old Bonwit Teller building, below, on Fifth Ave. to make way for the architectural clunker known as Trump Tower.

Just compare the two. Erected in 1929, the BT building was first known as the Stewart & Company store. Designed by the architects Whitney Warren and Charles Wetmore, traditional Beaux-Arts creators of mansions and clubs, it had an entranceway that was a “stupendously luxurious mix of limestone, bronze, platinum and hammered aluminum,” according to The New York Times. It was called “a sparkling jewel in keeping with the character of the store,” noted American Architect magazine at the time. “At the very top of the facade were limestone relief panels of two early naked (and therefore controversial) women brandishing large scarves, as if dancing,” The Times tells us. Check them out up close, above, during Trump’s demolition derby.

According to the paper, Trump had promised the limestone reliefs of the dancing women to the Metropolitan Museum of Art, which wanted them for its sculpture collection. But they never made the trip up Fifth Ave. The workmen jackhammered them to bits. What caring follow through by the business man!

Now take a gander at the dark, soulless Trump Tower. What can you say about it?  That it’s ugly? Check. That it lacks any notable architectural detail or historical import? Double check. 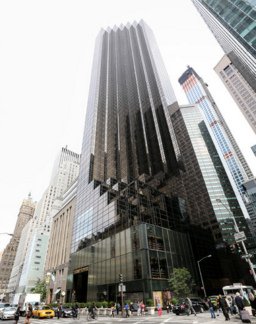 This whole out-with-the-old, in-with-the-new led me just  a skip up Fifth Ave. where sits another venerable retailer, Bergdorf Goodman which has been at that location since 1928. Now the building is one of the backlogged properties The New York City Landmarks Preservation Commission is deciding the fate of. To grant landmark status to or not. 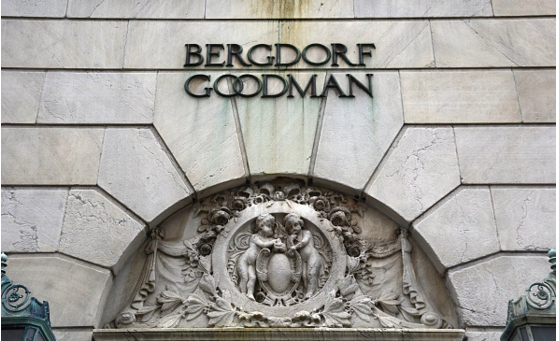 Talk about historical significance. First off, think what originally stood there: the 1883 Cornelius Vanderbilt II mansion, the modest dwelling below, designed by George B Post and Richard Morris Hunt. Then realize had the city’s landmarks law been passed not a century ago, but just a few decades earlier, the Vanderbilt mansion would almost certainly be with us today. 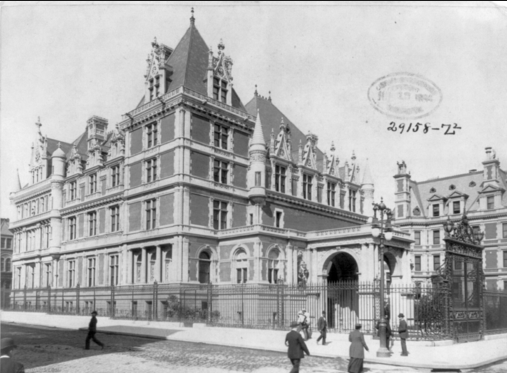 Long may BG stand and just a few reasons why it should:

*Launching pad for the designer Halston, first known for his millenary. Here, Halston adjusts one of his chapeaus. 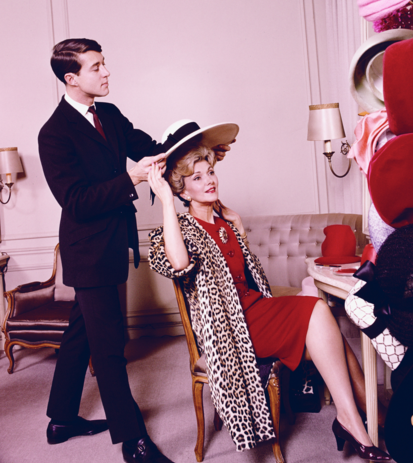 *Set for Barbra Streisand’s 1965 show on CBS, “My Name is Barbra.”Below, Ms. B struts in GB’s fur department. Loved it!! 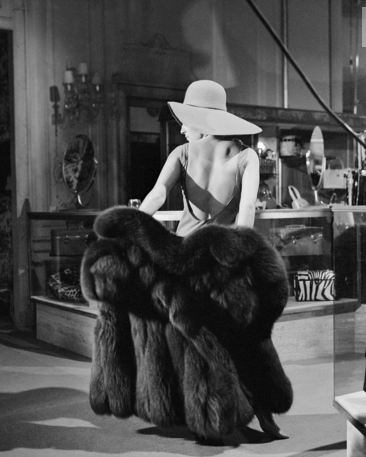 BG’s too pricey for me these days, but boy is it fun to window shop and browse its storied aisles.

Many moons ago, Michael, a stalwart member of a grand NYC book group I visit when I can announced he and his sisters, Barbara and Cathy, had bought a home in Pawleys Island, South Carolina. The girls call it home; Michael visits from New York three to four times a year. “Why don’t you come on down in the spring,” he offered. And, Reader, we did one fine April weekend.

We came from points south – Jack, Phoebe and me driving from FL – and winging in from the north on the very spartan Spirit Airlines. While the Hampton Inn was our home, Jack and Phoebe were sequestered in a very grim, pet-friendly Motel 6. Jack was skeptical. It’s kind of out of the way (on our dreary route home to the Vineyard), he groused. It’s just a little detour, I countered. We arrived, bucking spring breakers, 13 hours later.

Drive, she said…but 13 hours? Jack takes a break from the road trip that wouldn’t end

The bucolic pond at the Hampton Inn where Michael, our chivalrous leader, defends his flock against an ominous gate-crasher, cruising in upper right.

It had poured rain days before the group’s arrival, but the skies cleared and remained postcard perfect for the remainder of our visit. Saturday we froliced on the beach.

Beach Bunnies ready for their close-ups

Charleston, which borders the area known as South Carolina’s Lowcountry, is about an hour’s drive south of Pawleys Island and once there you’ll see pineapple motifs galore. They represent hospitality. But they must have sent a few north cause Michael and his sisters treated us like royalty. Check out the culinary display for our book discussion dinner. To Kill a Mockingbird  was on our literary menu and invoked another meaningful chat. What can you say about a novel that perfectly balances a coming-of-age story with that of a memoir; that deposits you smack in the middle of the racially-charged deep South of the 1930s and tackles gender issues. Plenty.

“Shoot all the bluejays you want, if you can hit ’em, but remember it’s a sin to kill a mockingbird.”

A Catered Affair for the Book Discussion Chowdown; David reviews his edition of “To Kill A Mockingbird,” published in May 2010 to commemorate the book’s 50th anniversary. The back of the dust jacket of the original has a picture of Harper Lee taken by her good pal Truman Capote. In 1960, it cost $3.95.

To fortify us for our Charleston House and Garden tour Sunday, we had yet another excellent meal chez Michael, Barbara & Cathy. We also surprised Michael with a birthday cake and natal day offerings. If anybody ever deserved being feted!!

Michael, The Birthday Boy, eyes his cake as Lauren and David II look on. Crusader Rabbit or Man of Steel. We love them both.

Post bunch, the gang caravaned into Charleston. Our starting point was the headquarters of Historic Charleston Foundation.

We hoofed it around our East Battery hood all afternoon. At our destinations (we visited 7 houses!), we were often  greeted by natty-looking gents in khakis, blue blazers and boaters. A “uniform,” we were told, that can get you into any Charleston cocktail gathering. The city was jammed. 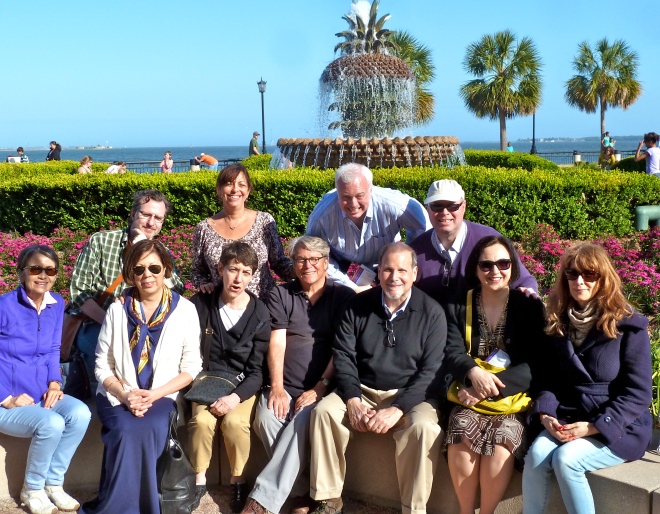 At day’s end in front of the Pineapple Fountain in Charleston’s Waterfront Park—Take the picture already!!

Our final dinner was at one of Charleston’s fine dinning eateries, 82 Queen, where Michael had, of course, secured a room of our own.

Our Final Dinner at 82 Queen

But wait there’s still more…We sped back to Pawleys Island for whatelse? To view the first episode of season six of Mad Men.

“There is no greater sorrow than to recall happiness in times of misery.” — Dante’s “The Inferno”

You all come back and see us real soon!